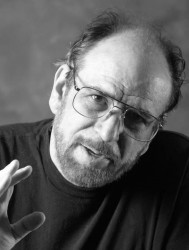 Mike Caro (rhymes with “arrow”) is known as “the Mad Genius of Poker.” He is often regarded as the world’s foremost authority on poker strategy, psychology, and statistics.

In his books, videos, columns, and in standing-room-only seminars, he presents proven, scientific advice based on his own research in an easy-to-understand and animated way.

He is a general gambling authority, an industry spokesperson, a consultant, and a world-class poker player. Previously, in association with his own brain trust, he has analyzed and publicly predicted what’s going to happen next in current events and politics.

For a more detailed biography of Mike Caro — including his creation of the first artificially intelligent poker player and recognition in media from ABC to Newsweek, use the button below.